The Christmas story from Mary's Viewpoint. She has just returned from visiting Elizabeth and Zachariah.
21st Av
August 9th

I will not be put aside after all! I will not have to endure the shame, and awful humiliation of a divorce!

I clung to him like I would never let go while the tears rained down my
cheeks. He kept caressing my face, and wiping at the tears with his thumbs, saying

I wasn’t the only one that was crying though. He turned aside more than once,
and used his sleeve to dry off his wet cheeks. He confessed that he was
also relieved it had worked out this way. That told me a lot about how
devoted he is to me, and to HaShem.

After we got somewhat over our joyous reunion we sat down on a stone bench in a shady nook, and he told me what caused him to change his mind. It was a dream!
How thrilling! The Lord God, Yahweh, sent an angel to visit Yosef one night in order to convince him to marry me after all.

Don’t tell anyone, but it makes me nervous to think HaShem is so closely involved in our lives.

And, oh by the way, Hilde is being more considerate towards me now that Yosef
made his decision, and told her about the dream. Perhaps she cannot quite
believe it, but if her precious Yosef is happy with me, that is good
enough for her. Whatever he does seems to be about perfect in Hilde’s
eyes. I wonder if I will ever act that way towards my sons.

Yaakov, on the other hand . . . (Sigh . . .) Why is he so critical of
me? Maybe it would be better not to talk about him. It makes me too
distressed.  It is enough that Hilde is more approachable, and Yosef, my
Chavivi, Yosef, is just wonderful! In fact I wonder if having that dream
has made him even more tender-hearted and kind than before. (If that were possible!)

I suppose it is shameful, but I shed some tears tonight because we
will not be having a traditional, Jewish wedding. Such a ceremony would be
inappropriate in my condition. 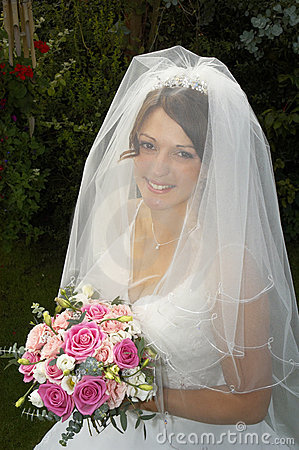 I had dreamed for years of what my challah would look like and was hoping for a tall graceful canopy of fine white linen such as my parent’s friends from Bethashbea, make and sell. Perhaps they would have even given us a good cut in price.

I was dreaming of having the most fragrant pink roses that we could
find, tucked in here and there on the canopy. I’m sure Rizpah, who is
another dear friend of my mother’s, would have gladly given us some
for the occasion. She grows the loveliest damask roses of anyone I know. (Well, other than my mother’s Imma.)

Ever since I first noticed Yosef as a wee talitha of seven spring times, I
have often daydreamt of him, and me standing beneath it!

Imma has some vines clinging to the front of our white brick house. I was hoping
to plant some into pots well ahead of time, and have them bordering the
archway on either side of the canopy and interlaced throughout the
roses. Would that not have been ever so lovely?

My dearest friends and I have often chattered about how delightful
it would be to help each other prepare for our mitzvahs.
I can almost feel the nervous excitement I would have felt as they
helped me into my wedding garments.

They would have taken turns brushing out my hip length hair, and we would chatter happily as they busied themselves preparing all the rest.

I love to imagine the look of awe on Yosef’s face, when he sees
my hair uncovered for the first time!

It is fortunate that you cannot see my woebegone expression. I
must, I will refrain from repining over the loss of a beautiful wedding
when I have the more glorious honor of nurturing the son of Adonai.

To think I am the one woman in the whole wide world to have been given this
responsibility, this honor!

P.S. What a joy it is to be accepted into Yosef’s favour once again. I
could collapse with relief.
Posted by Marilyn Friesen at 07:21 No comments: