(Or Will Trump Triumph?) 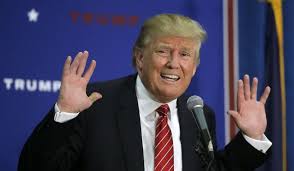 Possibly, all over the world people have been watching the American election with keen interest…and even fear. Way up here in northern Alberta people are keeping up with the news, also, yes, and opening their arms wide to immigrants who might want to flee.
So what do you think? Are you frightened? Excited? Enthused? I don’t think the polls were done correctly, the name that the majority had sworn allegiance to wasn’t even on the ballots.
So calm down folks, Donald Trump may seem to be in control but God is still on His throne and watching over each one of us.


Want to know what my Bible opened to this morning?  And I will pray the Father, and He shall give you another Comforter, that He may abide with you forever. John 14:16

Posted by Marilyn Friesen at 07:49 No comments: