Who Are You Inviting for Christmas?

Happy holidays! How many times have you said that or had someone say that to you? Did it bring a smile to your face? Sure probably, but did it bring a warmth to your heart as you thought of the true reason for the season?
Or do you even know why so many people all over the world have a celebration right in the middle of the shortest month in the northern hemisphere?
Have you ever heard of the tiny baby whose birth was heralded by a whole choir of angels? It looks as if all of Heaven couldn’t contain the joy that a Savior had come down to rescue fallen man from their sins. Did you know that wise men, possibly very wealthy ones at that, had traveled a very great distance to come and see this new born baby, and give Him wonderful gifts? That, by the way, is the reason why we exchange presents at Christmas.
Traveling wasn’t so easy in those days and we are given reason to believe they journeyed over a vast desert to see the Son of God. This infant was created in the form of man, not only so He could save us, but so He could totally identify and have compassion on us even on our worst days!
Okay, this isn’t just a wonderful mythical story from long ago like the one about Santa Claus. This honestly happened: Jesus truly is the Son of God and millions have gotten to know and love Him to this day  because we know that after He died, He rose again and eventually went back to Heaven and sent a Comforter who gives us joy, peace, and guidance.
So are you going to have a Happy Holiday or a Blessed Christmas? I don’t care for the word ‘Merry’ because it suggests a frivolity that could lead to grief. See the word Christmas? It is announcing for all the world to see that Christ—that tiny baby, Jesus Christ—is supposed to be the center of the season.


Are you going to invite Christ to your home, or better yet have Him the center of all you do?  Go for it! He is the most awesome Guest you will ever have.
Posted by Marilyn Friesen at 05:35 No comments:

For those of you who would like to read the 'diary' of Mary the mother of Jesus but feel you can't afford it, I just want to let you know it will be available for free on Amazon for a few days starting the first of June. (Kindle form)

http://www.amazon.com/Marys-Diary-Jesus-Through-Mothers/product-reviews/1511783966/ref=cm_cr_dp_see_all_summary?ie=UTF8&showViewpoints=1&sortBy=helpful
Posted by Marilyn Friesen at 07:36 No comments:

A Continuation of My Spiritual Journey

Okay, as I'm sure most of you have gathered by now, I did eventually join the Holdeman, Mennonite church. Since we are trained to to keep away from cliches like 'wasn't smooth sailing, or a 'bed of roses',  hang on for a sec while I  try to come up with something more original.

There were a few things that were making life difficult at this time. As if being a teenager wasn't problem enough, I was also suddenly thrust into a single parent home in a straight environment compared to the casual one of childhood, or the tumultuous one my father had recently adopted. I wasn't one of those laid-back whatever will-be-will be type of gals either. My sensitive nature caused intense mood swings; yup I know what depression was all about.

And Satan wanted me. 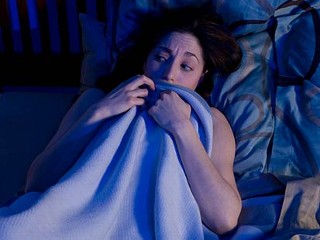 Late one night while laying wide awake on my bed an oppressive presence overpowered me, I mean literally and I felt my hands being clamped against the mattress and this leering face inches from mine. I don't know how many minutes this lasted, but it was plenty long. I remembered trying to pray but it seemed ineffectual.

The Word of God speaks of having 'power on her head because of the angels.' (1. Corinthians 11) Whether this scripture meant that the angels would be able to give me more protection if I had my head covered, or that the fallen angels had more power against me without this symbolic protection, I couldn't say, but it left me feeling defenceless against the attacks of the Evil One.

Eventually with a sadistic laugh and a few contemptuous words the presence faded yet leaving me feeling shaken for days to come. I have never had a casual take-it-or-leave-it attitude about wearing a prayer covering since.

Posted by Marilyn Friesen at 06:40 No comments:

Dear Diary;
With tears in my eyes I must admit this has been a low time for me.
My feeling of dwelling in heavenly places has faded to a rather forlorn
memory, and I am not well! After scattering a few kernels of corn to
our flock of chickens, I crept behind the goat-shed to be sick. It didn't relieve the queasiness much. 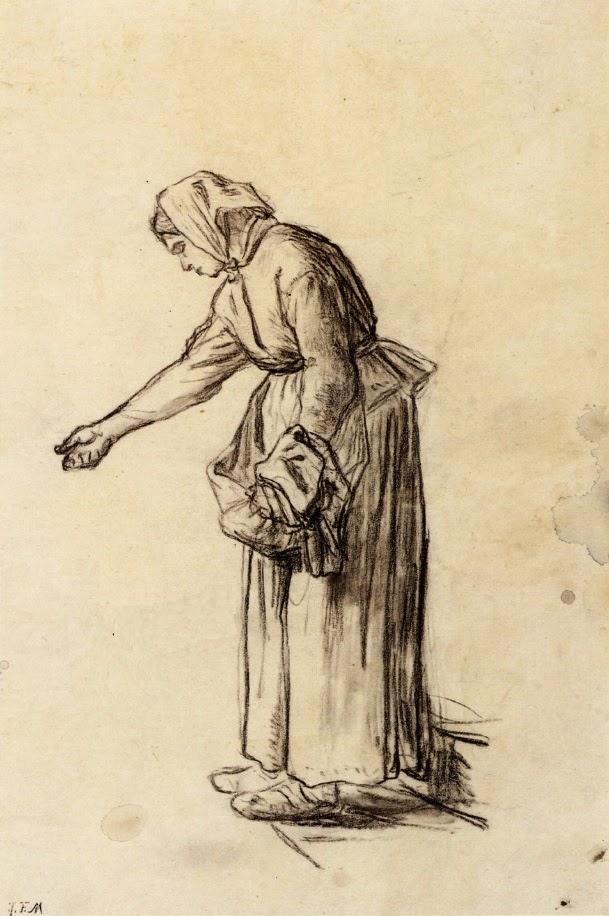 Read more »
Posted by Marilyn Friesen at 08:48 No comments: 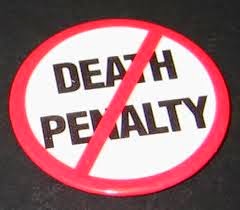 “ One of the strangest experiences in my life is connected with war, says Nordenberg, an eminent engineer in Finland.

“I offered my services to the government and was appointed as an officer in General Mannerheim’s army. It was a terrible time. We besieged the town. It had been taken by the Red Army and we retook it. A number of the Red soldiers were under my guard. Seven of them were to be shot at dawn on Monday. I shall never forget the preceeding Sunday. The seven doomed men were kept in the basement of the town hall. In the passageway my men stood at attention with their rifles.

“The atmosphere was filled with hatred. My soldiers were drunk with victory and taunted their prisoners. Some swore as much as they could and beat the walls with their bleeding fists. Others called for their wives and children who were far away. At dawn they were all to die.

“We had the victory, that was true enough; but the value of this seemed to diminish as the night advanced. I began to wonder if there did not rest a curse on arms whichever side used them.

“Then something happened. One of the men doomed to death began to sing. “He is mad” was everybody’s first thought. But I had noticed this man, Koskinen, had not raved and curved like the others. Quietly he had sat on the bench, a picture of utter despair.  Nobody said anything to him—each was carrying his burden in his own way and Koskinen sang, rather waveringly at first, but then his voice grew stronger, and filled out, and became natural and free. All the prisoners turned to look at the singer who now seemed to be in his element.

Safe in the arms of Jesus

Safe on His gentle breast

There by His love o’er shadowed

Sweetly my soul shall rest

Hark tis the voice of angels

Born in a song to me

Over the fields of glory,

Over the jasper sea.

“Over and over again Koskinen sang that verse and when he was finished everyone was quiet for a few minutes until a wild-looking individual broke out with “Where did you get that, you fool? Are you trying to make us religious?”  Koskinen looked at his comrades and his eyes filled with tears. Then he asked quietly, “Comrades, will you listen to me for a few minutes? You asked me where I got that song. It was from the Salvation Army.  I heard it there three weeks ago. At first I also laughed but it got to me. It is cowardly to hide your beliefs; the God my mother believed in has now become my God also. I cannot tell how it happened, but I know it has happened.  I lay awake last night and suddenly felt I had to find the Savior and hide in Him. Then I prayed-like the thief on the cross-that Christ would forgive me and cleanse my sinful soul, and make me ready to stand before Him whom I should meet soon.”

“It was a strange night, “continued Koskinen. “There were times when everything seemed to shine around me. Verses from the Bible and from the Song Book came to mind. They brought a message of the crucified Savior and the blood that cleanses from sin and of the Home He has prepared for us. I thanked Him, accepted it, and since then this verse has been sounding inside me. It was God’s answer to my prayer. I could no longer keep it to myself. Within a few hours I shall be with the Lord, saved by His grace.

“Koskinen’s face shone as by an inward light. His comrades sat there quietly. He himself stood there transfixed. My soldiers were listening to what this Red revolutionary had to say.

““You are right, Koskinen,” one of  of his comrades said at last. “If only I knew there was mercy for me too! But these hands of mine have shed blood and I have reviled God and trampled on all that is holy.  Now I realize that there is a Hell and that it is the proper place for me.”

“He sank to the ground with despair depicted on his face.  “Pray for me Koskinen,” he groaned, “Tomorrow I will die and my soul will be in the hands of the devil!”

“And there these two Red soldiers went down on their knees and prayed for each other. It was no long prayer, but it opened Heaven for both, and we who listened to it forgot our hatred. It melted in the light from Heaven, for here two men who were soon to die, sought reconciliation with God. A door leading into the invisible stood ajar and we were entranced by the sight.

“Let me tell you shortly that by the time it was four o’clock all Koskinen’s comrades had followed his example and began to pray. The change in the atmosphere was indescribable. Some of them sat on the floor, others talked of spiritual things.

“The night had almost gone and day was dawning. No one had a moments sleep. “Sing the song once more for us, Koskinen,” said one of them. And you should of head them sing! Not only that song, but verses and choruses long forgotten came forth from their memories as buds (opening) in the sunshine. The soldiers on guard united their voices with them.

“The town clock struck six. How I wished I could have begged grace for these men, but knew this was impossible.

“Between two rows of soldiers they marched out to execution. One of them asked to be allowed once more to sing Koskinen’s song. Permission was granted. Then they asked to die with uncovered faces and hands raised to Heaven. They sang with might and main.

‘Safe in the arms of Jesus

Safe on His gentle breast…’ 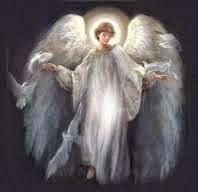 “When the last lines had died out the lieutenant gave the word “Fire!” and the seven Red soldiers had fought their last fight.  We inclined our heads in silent prayer.

“What happened to the hearts of the others, I do not know, but as far as I was concerned, I was a new man from that hour. I had met Christ in one of His lowliest and youngest disciples and I had seen enough to realize that I too, could be His.  “The Lord looketh from Heaven: He beholdeth all the sons of men.” Psalms 33:13

“Jesus said: “I am the resurrection and the life:  he that believeth in me, though he were to die, yet shall he live. John 11:25 RV)

Translated for “All the World” by Major Clara Becker. The War Cry

Posted by Marilyn Friesen at 19:57 No comments: