“I wish I had never gotten this job, “ Lacy sniffed as she fumbled for a kleenex in the box beside her.

Sandra thoughtfully stirred her coffee before answering. “Why do you feel that way?”
“The boss hates me! Everytime I look up he is glowering over my shoulder. I can't do anything right!”
Sandra doubted if it could be that bad, but didn't think this was the time to disagree.
Just then her youngest son shrieked as he careened into the livingroom in hot pursuit of his sister. He managed to crash into the coffee table and upturn a vase of store-bought flowers almost before the adults had time to react. 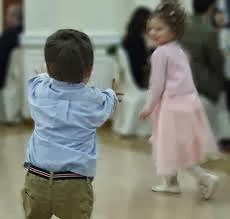 Sandra rose and placed her hand on the youngsters shoulder before he managed to escape. Her voice was calm but firm. “Wyatt, sit.”
A volley of protests tumbled out of his mouth but his mother silenced him with a stern look while she calmly cleaned up the mess and added more water to the flowers.
While being careful to keep out of her mother's sight, Kayla, danced around, dangling Wyatt's popsicle stick and glue contraption just out of his reach. Wyatt lunged for it.
“Wyatt!”
“ Kayla's ruining my stuff!”
“I told you to be quiet.”
Wyatt scowled, folded his arms across his body, and slouched.
There was a hint of a smile on Lacy's face, “There's a reason I never want to have children,” she said lightly, but then she sobered. “ That reminds me of another problem.”
Sandra took a sip of her now cooling coffee and set it aside, waiting for Lacy to continue.
“I don't know why I ever married Bob in the first place. Or why he married me! We are such opposites!”
“Why you compliment each other beautifully!”
A smile tugged at the corner of Lacy's mouth. “If anyone can get a smile out of me when I'm feeling down, Bob can.”
“ Have you ever read about temperaments?”
“Temperaments? I never heard the word.” She reached for a cookie. “ Sorry, Sandra, I'm not much of a reader. I love to draw—and paint some—but not read.”
“Well, temperaments is another word for personalities. There are so many different types but to keep it simple they can be be divided more or less into four groups.
“Kayla if you don't put that down and leave Wyatt alone, you'll be sitting on a chair also.
“Kayla loves to tease. She is our little sanguine butterfly and she knows exactly how to push Wyatt's buttons.”
“But what about my boss? And my husband? What are they?”
“Mr. Jenkins in your dyed in the role chloric.”
“Dyed in the role? Don't you mean wool?”
“Well, whatever. If he was an actor his role would definitely be of the most chloric man on the screen.”
“And what is a chloric?”
“Well there are many shades and variations, but generally they are aggressive go-getters. They like to get things done, and done right, according to their standards.”
Lacy shuttered. “That sounds like him alright.”
“But basically Mr. Jenkins has a heart of gold. I happen to know him quite well since he is a deacon in our church.”
“WHAT?”
Sandra nodded. “With a chloric you have to push back a little. They don't understand feelings very well, but they can respond to respectful assertiveness.
“Wyatt you may go now and the little damage Kayla has done can easily be repaired. Kayla go play with your Barbie dolls, or something.”
“Well I have to go now and get supper started. Bob is usually a little late but I have to be punctual no matter what. So what temperment am I?”


“Melancholic. But we'll leave that for another time. Thanks for coming.”