Do You Want to go to Heaven?

Have you ever asked someone if they wanted to go to Heaven and they replied, “Nope, I am not interested. “ If there is such a fellow, or gal, I’d like to have a little chat with them. I’m curious to know why they had formed such an opinion.

For the majority of us, though, I think we instinctively  are longing for a Better Place after this life is over.  Life has been difficult for most of us at one time or another, and for some it has been down right rotten.

Someone said “hope springs eternal in the human breast.” I can’t remember who to attribute those words to, but they are such a classic quote they will not soon be forgotten. I believe it is a God-given longing to hope for something better after this life.

And there is, something better that is. There are a few requirements of course. We have to admit that we are sinners and Jesus died to cleanse us from our sins.

It’s a high, narrow road, this climb to Heaven, so better make sure the right things are in our backpacks so that they don’t drag us down. Worse yet, if the load shifts, we might be knocked clear off the cliff.

Okay, what are some of the things that we oughtn’t to care along with us? Well there’s offendedness and unforgiveness to name a couple. God had taken them away when we first came to Him, but we do have a way of picking them up, again, you know.

Everyone has their own ‘sins that easily besets them’ as the Bible says, and they do vary from time to time. Sometimes they want to cling like barnacles to the inside of the knapsack, let Jesus help you clean them out, you don’t need them.

Some don’t want to go there if their pets won’t be waiting on “Yonder Shore’ for them.  Why make a decision based on that? You don’t know for sure whether they will or won’t be, so commit that to Christ, also.

Some of us are easily distracted by the attractions of this world, getting rich or famous, having fun, being fit, well you name it. All of that is great, well to a certain extent, but don’t let it cloud our vision.

I really truly believe that Heaven will be far, far better than the most imaginative of us can ever picture.  Let’s get there. 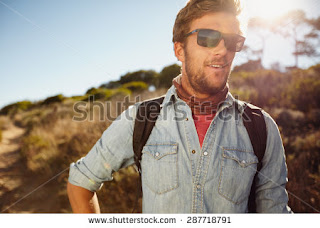 P.S. I almost forgot something really important. We don't have to go around with an empty backpack, Jesus gives us some lightweight stuff to carry along with us that's really wonderful,  Love, Joy and Peace to name a few.

Me? In a Little BIrd in a Cage?

Hey you guys, remember me writing about tumbling into a valley? That’s not soo long ago, surely you remember it!  Well anyway, I mentioned being imprisoned in my own body, quite a phrase, eh?

That trip really did a number on me physically. Not only was I crippled up but it was kind of hard, okay I’ll admit, sometimes mighty hard to find food that my body wanted to tolerate, which left me feeling…UHHH when I got home. (Ya, before to.)

Then I got inspired to read in this real old book called Springs in the Valley. It’s so ancient I don’t even have the original cover on it, but the author was Mrs. Somebody-Or-Other-Cowman.

Ever hear of a lady called Madam Guyon? She must have been a real sweetheart cuz when she was imprisoned in a castle at Vincennes she said: “It seems as though I were a little bird whom the Lord has placed in a cage, and that I have nothing to do but sing.” I like that thought. I think many of you can verify that suffering often does bring us closer to God and we can hardly stop praising Him for all the love He is bestowing on us.

Oh, I know, I know you have things to do and places to go, but please, let me throw in another thought or two. The famous John Bunyan also found prison a blessing in disguise. It was there that Scriptures, that meant nothing to him before, shone with new light and ‘Jesus was never more real and apparent’ than there.  I envy him. 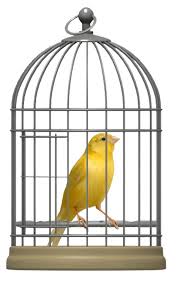 So when you are praying for the persecuted around the world, don’t only ask God to protect them, but that He will be with them in a special way.
Posted by Marilyn Friesen at 18:26 No comments:

Who Told You God Was a Hard Task Master? Who Dared?

I like to spend time with God first thing in the morning. These days it`s the topic of choices that caught my attention, and what the Bible has to say about them. Did you know that  in Deuteronomy we are encouraged to bring our choicest offerings? Well, knowing me, that got me curious to know what was being referred to, so I hauled out the good old Matthew Henry`s commentary which is great source for inspiring observations.

I was surprised that way back in the Old Testament times already God wanted us to worship Him with holy joy. Our soul is nourished when we come before Him with a thankful heart. That`s when we are best able to commune with Him and He fills us with the desire to have our faith and spiritual understanding increased. He fills us with a longing to become more and more like Him in every deed and action.

So what is the choicest sacrifice? Holy joy, thankfulness.

Posted by Marilyn Friesen at 16:39 No comments: