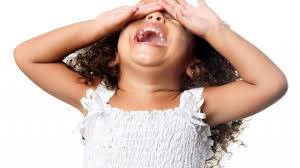 Do you ever feel like kids are brats, and that’s not in the old-fashioned way when brat simply meant child?
Helen Keller was a classic example of a brat, but the most grudging among us would have to admit she had reason to be. She wasn’t born deaf and blind, but got that way from some sort of disease at the age of two.
At first Helen managed quite well. She had a little playmate, the cook’s daughter, who was two or three years older than her. This little girl was quite keen in catching the signals that indicated what Helen wanted to do.
Once when the girls were weary of cutting out paper dolls from a catalogue, Helen got the idea of snipping off Martha Washington’s tight little curls which were tied with string. Well, Martha wanted to return the ‘favor’ but after one long, gold strand was severed, Mama came to the rescue and put a stop to the beauty salon business.
As Helen grew older, her horizons widened, or rather she sensed they should be, but her handicaps were limiting her, and that made her increasingly frustrated. Her temper tantrums were getting so fierce and frequent that her parents were desperate to find help.
That’s when Anne Sullivan came on the scene. She was a young, trained teacher who took on the challenge of teaching an unloving, practically unlovable youngster.
Long before Helen would properly respond to love, Anne traced the letters I L O V E Y O U on her hand.
Is there a child in your life who is a challenge? Jesus can give you a deep, deep compassion for him or her, and more than that the inspiration and courage to make a difference that can last forever.


Please, whether you are a teacher, preacher, parent or some other relative or friend, look at that child through new eyes.  They need you to lead them out of their own maze of ‘deafness and blindness’ so they, too,  can become the treasure God created them to be.
Posted by Marilyn Friesen at 06:38 No comments: