Acts 16: 16-19. The Bible says very little about the damsel in this story, but we can hope it turned out something like this, can’t we?It doesn’t take a studious historian to know that women have been used and misused almost since the beginning of time. What is it about the fairer sex that causes men to take advantage of her?  Here’s an example, of course my imagination had to kick in to fill in the details. 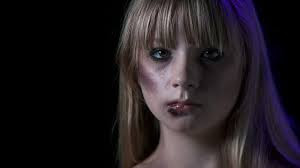 “Okay, damsel, get out there, hurry now, those Christian men are heading to the place of prayer, and you know what you are supposed to say.”The young girl lowered her eyelashes for the briefest instant and stifled a sigh. Yea, of course she knew what to say and she knew the terrible beatings, or worse, she would have to endure if she didn’t appease her masters. At least they didn’t demand that she try to sell her body to these preachers: that would seem impossible, she knew they were good men, and loved the One True God.“These men are the servants of the most high God,” she called, then glanced worriedly at her owner. ‘I’m not being forceful enough.’“These men are the servants of the most high God,” she called out once again, trying to make her voice sound stronger and more mocking.Several people scurrying by paused to look at her then at the men. They knew that she was considered a wicked woman so cast the humble, earnest preachers’ scornful looks.“If Delilah says good things about them, they must be worthless frauds,” they told each other.Tears sprung to Delilah’s eyes, she knew they were good men and hated what she was doing.“These men show us the way of salvation,” she screeched, and several others scurried over to Master Kasich to pay to have their fortunes told next. She felt creepy for always ‘knowing’ what to say about their future, and didn’t enjoy doing it.This continued day after day, Delilah was impressed that the men never yelled at her or knocked her around because of her scornful shouting. ‘Do they know I don’t really want to do this? If they know surely my masters will catch on also.’She tried desperately to try to be louder, more raucous, and saw the men who had bought her rub their hands together maliciously, gleeful that she was bringing them so much business.But then something happened.The preachers turned to look at her, and her heart pounded loudly. The tall, thin one, she already knew his name was Paul, seemed so grieved. ‘Is He mad at me?’ But no, he started speaking, and it seemed like he was talking to someone else, that ‘someone’ inside her that made her say such mean things even when she didn’t want to.Delilah’s eyes widened, Paul was commanding the evil spirit to come out of her in the name of Jesus Christ!Suddenly Delilah felt so released, so free, so filled with a quiet joy. She would have collapsed with the wonder of it all if Silas hadn’t taken her by the arm to steady her.Of course Kasich grabbed her roughly and told her to get back to work, but she didn’t, she simply couldn’t say anything against these godly men, she couldn’t even foretell the future for any of the customers crowding around, either.After roughing her up for a while they turned on the men, and Delilah knew they would be in deep trouble.We’ll get to that in the next story, but I like to think someone, a kindly Christian matron, perhaps, had been watching Delilah pityingly all these days. Now that the mob was focused on the two would-be prisoners she took Delilah by the arm, and whispered,“Would you like to come home with me?”What do you think Delilah said?This is one of my favorite verses: ‘For God sent not His Son into the world to condemn the world, but that the world through Him might be saved.’ Can you grasp that?

echoingheartbeats.blogspot.com
Posted by Marilyn Friesen at 09:47 No comments: