This poem is my gift to you  if you feel all alone and as if no one cares.  If you can, print it out and tuck it in a safe place where you can always find it. 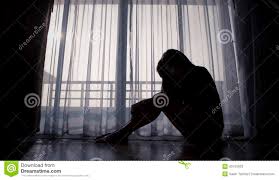 You are the one
Who haunts my dreams
Disturbs my sleep
With your sad stare.

You are the one
Who will be sighing
In some dark place
Alone tonight.

You are the one
I'd love to find
Take to my heart
And hold you tight.

Oh Troubled Child
I pray someone
Will Find you soon
And call you theirs.

He said, "I Don't Believe in God,anymore."

My dear friend,
You declared recently that you don’t believe in God, anymore.
Read more »
Posted by Marilyn Friesen at 11:41 No comments:

I Will Fear No Evil
The rain lashed against Myra’s face and soaked through her clothes as she plodded down the muddy trail. It had been a brutal day; a very brutal day, and now the floodgates of heaven had sprung open and she was still far from home. Myra tried to wipe the moisture off her face with her hand, but the streaming rivulets continued unabated. I don’t know how I can go on. I am so cold and there is no end in sight. I don’t even know if I am still on the right road. Lord Jesus, please help me. Please hold my hand. Somewhere to my left I think there is a steep embankment. How will I keep from falling off? Lord Jesus, please… 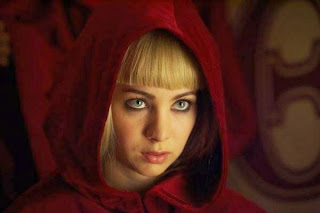 A Presence appeared. It wasn’t someone she could see exactly, although there seemed to be a faint glow next to her. It was more like a feeling—a warmth. The rain kept falling but for some reason she didn’t feel chilled any more. She reached out and slipped her hand into the Unseen Hand. How comforting that was! They walked on…and on. The lightening flashed very close around her. Normally she would have been terrified, especially when the thunder was almost deafening, but there was something deeply comforting about that hand holding her own.
And then she saw it. A wolf! It was leaping closer and closer, and through the gloom and intermittent lightning flashes she knew it was intent on attacking her. “Hold me, hold me close” she whimpered. The wolf was near, so near, when something flashed out. Was it a stout rod in that Unseen Hand? The wolf flinched and drew back, but continued snarling. She clung to her Blessed Protector who thrust her behind him, and whacked at the wolf until it turned tail and fled. Myra sank to her knees and stammered her gratitude.
With gentle hands the Unseen Stranger lifted her to her feet and comforted her. Soon, however, they had to press onwards because they had far to go.  The rain did not decrease as the darkness deepened, but only increased. She sensed they were on a steep, slippery incline and knew they had reached the place of the precarious drop off. Although Myra sensed the danger, she clung tightly to the arm of the Invisible Guide and thought; I would rather go through severe storms with my hand in His Hand then through sunlit, blossom-strewn valleys without Him.


Not far behind, on the same road, someone was skipping along in the sunshine, blithely confident that she would never need a guide. Did she?
Posted by Marilyn Friesen at 11:37 No comments: