David soberly scanned the far horizon with his binoculars, then heaving a big sigh, handed them over to his captain. “Looks like our sister fort is still not aware of the danger they are in.”
The captain adjusted the lenses then leaned on the balustrade surrounding the Glass Castle. The fort they were watching was so faint and far away they could barely make out what was going on, but there was definitely activity; outside the Castle Gates. They had strong reason to believe The Enemy was swarming outside it and there was no indication of a defense program in place.
“Set up the telescope.” The captain’s face was grim. David hurried to do his bidding. Moments later the scene was clear; clearer than images a mere quarter mile away; and much more troubling. 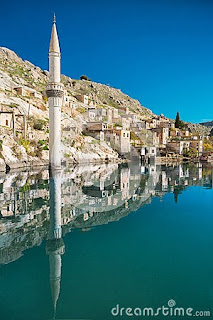 More youthful recruits gathered around and were waiting their turns to look through the binoculars or telescope. The familiar jocular bantering was not present. Everyone’s faces were grave with concern.
Finally Sebastian handed the binoculars to someone else and turned to their leader. “May I go out and warn them? I’ll take David with me. We will be very careful.”
Captain placed his hand on Sebastian’s shoulder, but did not hesitate, nay, not for an instant. “It is too late, my lad. The enemy has been swarming around their fortified city for weeks now, nay months, and they are mocking them. Our fellow citizens are convinced the enemy can never get in.”
The group of strong, earnest soldiers surrounding him hung their heads; too late. What dreadful, dreadful words.
“But the Heavenly King can still rescue them. He can be summoned anytime, and anywhere.”
Nathan nodded, but not even a flicker of a smile showed up on anyone’s faces. They all, to varying degrees were aware of how evil, and cruel the enemy could be.
It had been David’s turn at the telescope once again. When he turned to his companions clustered around, many were surprized to see tears glistening in his eyes.
“I saw something that we hadn’t noticed before. They are cunningly diverting the water supply.”
“The River of Life!” several voices breathed simultaneously.
“Aye, the River of Life,” the captain swallowed a lump in his throat. “I suspect they have been so busy with the cares and pleasures of this life that they haven’t even bothered to replenish their water supplies from—“
“The River of Life!” several voices breathed.
“Relying on their broken cisterns that are more contaminated than they are aware,”
he continued.
“And when the water is low enough the enemy will rush right in under the walls of the city!”
“Hark! I see action all around!”
“Look at all the turmoil.”
“Captain, how is our own water supply?”
“I will check. Right now.”
“I am thirsty. I think I will get a drink.”
“I will to. The water of life is so fortifying. It even helps me to have clearer vision.”
“And more strength to fight the enemy.”
They all trouped down the winding staircases and over to the River of Life. It was swelling its banks, burbling, sparkling and beautiful, refreshing the grounds around it until they were park-like in their beauty.
With one accord they filled their cupped hands and drank. “Thank the Heavenly King for the water of life,” the Captain shouted over the joyous voices. And they did.