Which Time was Easier Theirs or Ours

This story is in the second part of my little book called The Glass Castle. In this section, I have related true incidents of people who have suffered for their faith.

Which Time Was Easier,
Theirs or Ours

I have adapted the following story to relate to our time. To my knowledge no one had a vision similar to this.
Mariken hovered in the back of the crowd.  For many weeks she had been smuggling food to her father while he was in the dungeon and now was compelled to watch him be burned at the stake with many others. Her spirit was weary, discouraged. Every day they suffered from the threat of persecution.

She didn’t know how she could bear it much longer; this fleeing, this worrying, this fellowshipping in secret in the dead of night, in the storm and the cold, lest someone would reveal their whereabouts and tell the authorities.

One by one the fires were kindled in the rushes at the bottom of each stake. When the smoke began to curl up around her father Mariken fainted.

Mariken felt a gentle hand stroking the hair off her forehead and cheeks. She opened her eyes and instantly recognized the strong, compassionate face of her precious Saviour and Friend, Jesus.
“Mariken, you have become, weary and discouraged because of all the suffering around you. I am going to transport you to a time far into the future, so you can see what other Christians in another time, are going through.”
Mariken’s eyes widened when she saw the immense church building. Why it was as big, as or bigger than the state church that was filled with many of their sworn enemies.
Everyone was dressed in such fine, rich garments. Surely they weren’t followers of the same humble Jesus, they followed?

Dozens of people were strolling into
the building from various directions and she followed them, her heart thudding nervously. Many were clustered in small groups, talking softly and frequently smiling. No one was looking towards the doors as if afraid the authorities would come in to disrupt the meeting and seize the leaders.
After they were seated, someone at   the front announced a song number and to her surprise, there seemed to be plenty of songbooks to go around.

Because it was all so strange and new, Mariken had chosen a seat near the back and off to the side. She was frequently distracted by latecomers coming in and people whispering long after the service began.

Mariken was grateful that she could understand every word and was touched when someone gave out a song that started something like this:’ faith of our father’s living still in spite of dungeon, fire, and sword. Maybe they are of the same faith although living in a different time.

She again bit her lip nervously when the assembly separated into smaller groups but found herself following several girls who appeared to be about her own age.

Mariken was glad that they didn’t pay extra attention to her. They seemed so relaxed and comfortable in their soft, pretty dresses: she wondered how they could focus on Jesus when they had such nice clothes to wear.
Mariken missed the fervency of spirit that was so much a part of their tiny services ‘back home.’
Sure, several of the sisters seemed concerned, but it was almost as if they were talking in their sleep, and didn’t truly realize the dangers around them.

“Oh, Jesus,” Mariken cried inwardly, “Take me back home! I would fall asleep spiritually if I had to live in this time! I would fall in love with the luxury and lack of persecution and it would be so difficult to really put you first in my life. Take me back, please take me back!
As Mariken awoke she saw that her father’s pain creased face was radiant with joy. Just then someone near her burst into song, and throughout the crowd others joined in, too happy to care who might hear and nab them next.
As the suffering ones expired one by one, she knew their songs were mingling with the songs of the redeemed and that the Father in Heaven was welcoming them home.

Her earthly father gave her a weak smile just before his head fell forward, his eyes shut.

“I’ll meet you there!” she called and joined in the singing.
Posted by Marilyn Friesen at 15:46 No comments:

My Appointment With the King

I serve such a wonderful king. Every morning about five thirty, I get to have an appointment with Him. The thing is I know He has millions of other subjects and billions of other concerns to attend to, but when my soft musical alarm chimes, I feel such a drawing to the throne room of Adonai.
How can it be that He makes me feel so special? How can it be that He can make me feel like I am the only one in the universe and that He loves me so much? I know every single one of you can and hopefully do feel the same way. Regardless of what time of day you send a prayer dart His way He is sure to catch it,
Make an appointment early in the morning. Don’t worry, it won’t interrupt my time. There is something about the dawning of a new day which is so…perfect for meeting with our beloved Saviour and Guide because there aren’t so many distractions, yet.
Here’s my formula, but maybe something else will be more satisfying for you.
I head to the recliner in the living room, put my feet up, and let the warmth of His presence flow over me. He feels so real, so kind and it’s a great time to thank Him for always being there. We travelled part way across Canada this summer, but He was there ever km (mile) of the way. We went to Africa last summer and lo He was still so close. How can I feel fear of anything for very long with the blessed assurance of His comforting presence?
After praising Him for a few minutes it’s time to look up a topic in our chain reference Bible or continue on a topic I had been studying other mornings. I find a verse, and invariably the surrounding verses catch my attention also. Soon I haul out the good old Matthew Henry’s commentary and more wonderful jewels are uncovered for the day.
Of course during this devotional time there is plenty of opportunity during meditation to share with the Father whatever burdens or decisions might be weighing on my mind.


I know Adonai is never in a rush, but unfortunately I have to have a different time schedule. Writing this is encroaching on my ‘sweet hour of prayer’. I want to quickly send this off so I can worship at the feet of our holy Adonai. Meet me there! 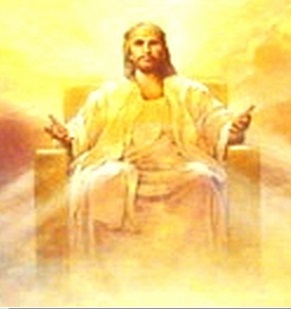 Posted by Marilyn Friesen at 08:45 No comments: